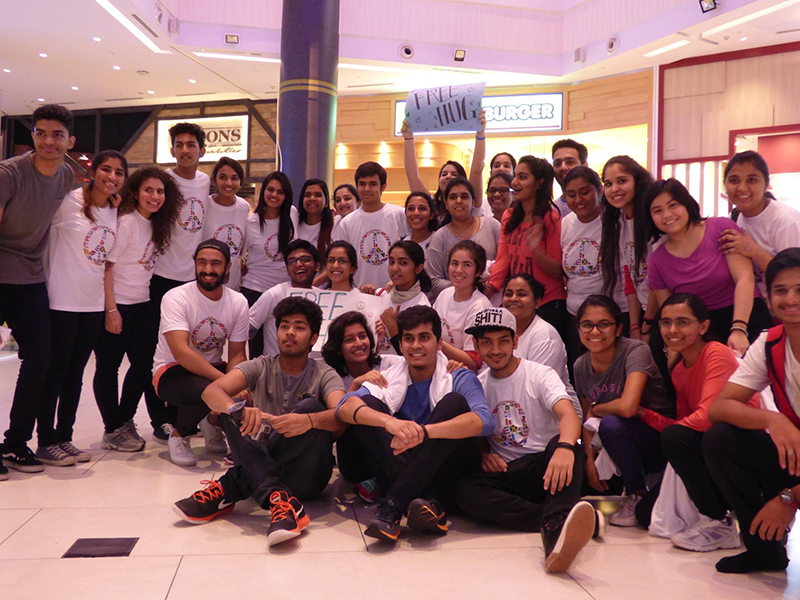 The ground floor of J Cube Shopping Mall located in west Singapore, came to a halt. A curious crowd gradually gathered soon after hear some music being played. Shortly after the music began to play, a girl was seen making a graceful entry to the centre of the formation and began matching pace to the beats of the music. Soon after, a young man joined in the dance, and a group of young, enthusiastic individuals followed.